As food and wine connoisseurs, we’ve taken the guesswork of out winemaking, carefully curating the most reputable brands and using state-of-the-art equipment. Making wine at home can produce a far superior product to commercial wines—leaving you without a headache, and at a fraction of the price. Plus, making wines by the batch, you can be sure to have wine on hand for every occasion!

We love sharing our passion for homemade wines and grilled foods, and through our commitment to quality and consistency, we know you’ll be proud to show off your food and winemaking skills too. The products we sell are reflected in our promise to you: If you’re not 100% satisfied we’ll work with you to make it right or your money back.

Before purchasing Valley Vines to Wines, we were both involved in the financial services industry and enjoyed making our own wine at a similar business on the Saanich Peninsula. We’ve always delighted in hosting our friends and family and serving delicious food paired with great wine. When it was time to transition away from our corporate jobs we evaluated our options and decided an on-premise winemaking business would suit us best.

Peter began interviewing various kit manufacturers and their operations. Winexpert’s unparalleled quality determined our choice of product supplier and, as Valley Vines to Wines was an authorized retailer, it became our choice of business to purchase. We couldn’t be more pleased to have a great business helping a wonderful customer base in a beautiful environment.

We have been a leader in the industry serving over 6 years with the Fermenters Guild of BC, an industry leadership group, and 4 years with Winexpert’s National Retail Council. We also introduced the Oak Barrel Aging process for on-premise winemaking operations. 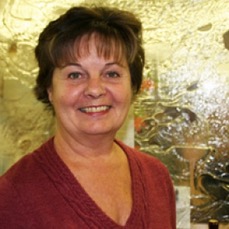 Pat was born in Olds Alberta and lived her childhood in Calgary moved to BC in 1978 where she raised her 4 daughters. Pat discovered the ability to make wines in her basement with 28 day kits and she will tell you she had her timing down to an art as the last bottle was …

Pat was born in Olds Alberta and lived her childhood in Calgary moved to BC in 1978 where she raised her 4 daughters. Pat discovered the ability to make wines in her basement with 28 day kits and she will tell you she had her timing down to an art as the last bottle was emptied the next 30 were ready to be bottled.

Through her experience at another ferment on premise business, Pat developed a good knowledge of wines and the wine making process. Pat has developed a great depth and knowledge of the white wines we carry and is often deferred to in order to assist customers with their choice. Pat is also the person who keeps the records straight so that our production team can function efficiently. In addition Pat has developed incite in the area of giftware. When not helping customers with the bottling, Pat will be phoning people for appointments, checking computer input or organizing the artist for the Loft Art Gallery. 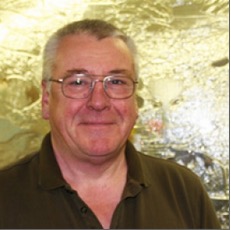 Born in England trained as a navigator and joined the British Merchant Navy. For the next few years travelled to most parts of the world mainly on refrigerator ships. Once Peter sailed into Vancouver he realized this is where he wanted to live. Immigrated to Canada in 1974 and joined the banking system. About 25 …

Born in England trained as a navigator and joined the British Merchant Navy. For the next few years travelled to most parts of the world mainly on refrigerator ships. Once Peter sailed into Vancouver he realized this is where he wanted to live. Immigrated to Canada in 1974 and joined the banking system. About 25 years later he was ready for a new challenge and started to look at business options. After meeting Pat the interest in wine making was developed. Making wine at home and at Ferment on Premise locations and finding that though commercial red wines did not agree with him, the red wines from kits could be enjoyed without the after effects experienced before. Peter immediately worked full time at the store and though a steep learning curve the learning experience has been worthwhile.

Peter joined the South Cowichan Chamber of Commerce, as a director, to get a better understanding of the community. Then sat on the board of the industry representative group, Fermenter’s Guild of BC as Director and President to get a full understanding of the industry. Peter represented BC Winexpert retailers, by sitting on the National Retailers Council Advisory group for 4 years. Peter joined South Cowichan Rotary and enjoys the many great initiatives that that group generates. Peter also loves fishing and photography when he can get the time.

Originating in Pioneer Square, Valley Vines to Wines was first conceived in 1995 by the previous owners, Barb and Graham Hopkins. Barb and Graham built an excellent business focused on customer experience and top-quality production processes. The business was later moved to Mill Bay Centre, in 1998 before Pat and Peter Dicken purchased the business in 2001.

After 2 years of operation, we invested in the remodelling of the store to enhance the bottling experience. With the help of Rick Silas and David Crowe we created new bottling stations and updated our equipment. Our bottle fillers handle 2 bottles at a time and we lend assistance with the labelling, capping, and dating so the bottles are ready for presentation before they leave the store.

Having expanded our service offerings with the addition of Traeger Wood Fired Grills, we again changed our location to Frayne Road for easier customer access and roadside visibility. With this transition comes an updated look but the same commitment to excellence as always. We hope you’ll relish in our new look as much as we do and help us show it off to your fellow winemakers and grill enthusiasts.

Thanks to our customers continued support and input we are able to bring you the very best in home winemaking kits and top-selling barbeques that you’ll be proud to share with your friends and family. To help us provide continued service-excellence we welcome your suggestions and feedback.

Contact us and let us know how we’re doing.

Review us on Google